Meriden manufactured .22 caliber rifles. They included both single shot and slide action model designs. This section will be expanded to include more information pertaining to Meriden’s rifles.

The Atlas rifle and Dead Shot rifle were simple singleshot designs. They originated from a design produced by Gilbert W. Warren’s Atlas Gun Company of Illion, New York. Sears offered the Atlas made rifle starting in 1904. Following the death of Warren’s wife in 1905 he sold his patents and factory for the .22 rifle to Meriden Firearms Company. Meriden retailed ‘Atlas’ as the model name and continued to produce the rifle with minor changes. The last variation culminating in the change to the ‘Deadshot’ model designation.

When World War I was brewing, public interest in assembling Boy Scout Troops into mini-military groups, to dress up in uniform and practice drilling with .22 rifles which looked like miniature army rifles, quickly became all the rage in the US. “Military” .22’s were a very popular “boy toy” for almost two decades with the youthful shooters of early 1900’s. Meriden’s Military Rifle (also sometimes refered to as Cadet Rifle) was a boy’s rifles made to mimic the “military” look so popular with many shooters of the day.

The Model 6 and Model 10 rifles were also simple singleshot designs. The were takedown models.

The Model 15 was Meriden’s only slide action repeating rifle. It first appeared in the Fall of 1912 Sears catalog and featured an octagonal barrel with dovetailed front sight and folding rear sight, a blued finish, thumb safety, walnut stock and crescent buttplate. It was also later offered with an engraved receiver

The patent referenced on them was issued to Basil Savage (of Duarte, CA). Basil’s patent is later referenced in a patent filed by his brother, Arthur J. Savage of Meriden. Both men are the son of Arthur W. Savage (founder of Savage Arms and inventor of the radial tire). Arthur J. and Arthur W. were operating out of Utica NY in late 1800’s. In 1901 Arthur W. Savage moved to Duarte, CA, and formed the Savage Tire company. If you look at Basil’s 1912 patent he is located in Duarte and Arthur W. Savage is one of the witnesses. So there is a connection between Meriden Fire Arms and the very well known Savage Arms. 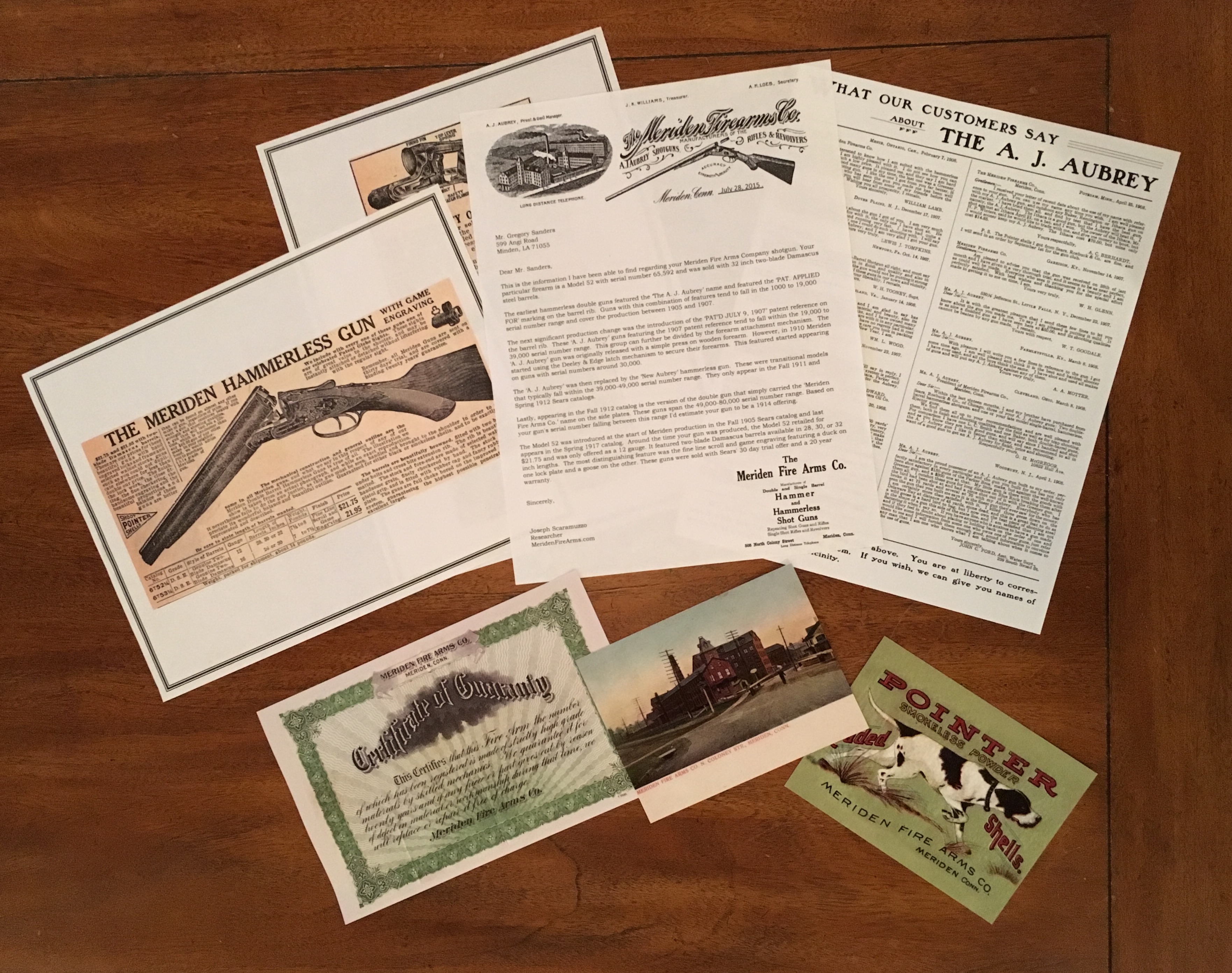